Come see these fabulous February readers on Monday (2/18), 7pm, at the Book Cellar. 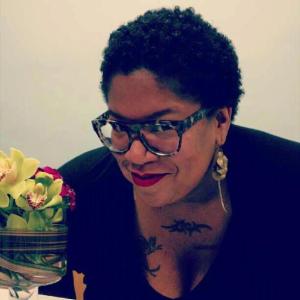 Samantha Irby writes a blog called bitches gotta eat. In addition to producing and co-hosting The Sunday Night Sex Show, a sex-positive live lit show, and Guts & Glory, a reading series featuring bold storytellers, Samantha has performed all over the city of Chicago. She has been profiled in the Chicago Sun-Times as well as in Time Out Chicago, and her work has appeared on The Rumpus and Jezebel. Samantha’s debut collection of brand new essays, MEATY, will be in stores 9/10/13.

Ken Krimstein draws cartoons for The New Yorker Magazine, and writes for McSweeney’s Internet Tendency, The Chicago Tribune’s literary magazine Printer’s Row, and online humor publications from Monkey Bicycle to Pindeldyboz. His book, Kvetch as Kvetch Can — Jewish Cartoons was published by Clarkson Potter in 2010.

Liz Granger currently nannies for an illustrious Chicago author’s one-year-old baby. Her freelance work appears in the Chicago Tribune, Bitch magazine, BREVITY‘s nonfiction blog, and the Chicago Sun-Times. In 2011, she was a Fulbright student to Uganda, where she spent one glorious year reporting on nothing but sanitary napkins.

Denis J. Underwood’s stories have appeared in The First Line, The Angler, The Paumanok Review, Hatches Magazine, and elsewhere. His chapbook, Carolina, was published by Wind River Press. He is working on what he likes to believe is the final draft of his first novel. He is also the web editor for local literary publication, 10,000 Tons of Black Ink.

Paul Luikart is a grad student. He is studying for a Masters of Fine Arts in creative writing, which means, all he does is read and write. Like, ALL he does. He is also a member of the Blewt! Productions family, helping to write, produce and actually be in shows like Don’t Spit the Water! and Impress These Apes!