April showers have brought an awesome May lineup. Sticks and stones may break your bones, but this lineup will rock your face off. Come what may, just come to The Book Cellar on MONDAY – May 20th – 7pm and see this lineup. You MAY as well. (Ok, I’m done now.)

David Boyle is the founder and artistic director of Chicago Solo Theatre and hosts their event Solo Saturdays on the 2nd Saturday of the month at The Venue at 1550 South State. He has performed at Story Lab and This Much Is True.

Jen Bosworth is a writer and performer from Evanston. She ruined her 20s living in LA, working for a movie star and going progressively insane. Her new one woman show, “Why Not Me…Love, Cancer and Jack White” is currently on tour and will be at the New York City Fringe Festival this August. Jen loves Willy and Karen but REALLY loves Willy’s dog Elmo the most. 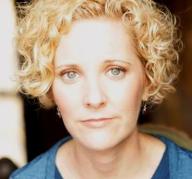 Mary Pat Bohan was born and raised on the South Side of Chicago. She wrestles her painful experiences of childhood, life, and love into comical stories. She has been performing stand-up and story telling for a couple of years. Check out her podcasts at Jumping the Fence Stories.com and Jumping the Fence Health.com. Her writing group is hosting a show to benefit Alzheimer’s on June 12th at morsel. Check it out!

Jim Stevens studied theater and film in Chicago and Paris, and has written and directed work that has been seen at festivals around the country. He has performed stories at 2nd Story, This Much Is True, That’s All She Wrote and Story Lab Chicago. Jim is also the General Manager for an art tile manufacturer and is still bragging about the Most Improved Bowler trophy he received at the age of 11.