We’re gnat** gonna let this dreary weather drag us down. Come on out to The Book Cellar at 7:00 pm on Monday, September 15th. This lineup is gnat*** something you want to miss. 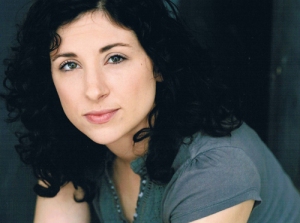 Stephanie Chavara is an actor, writer, and teaching artist. She’s worked at The Goodman, Strawdog, Remy Bumppo, Adventure stage, and Signal Ensemble among others. As a teaching artist, she gets to play games, and create awesome plays about dragons and talking eggs. She writes, teaches, and performs with 2nd Story where she is a company member.

Paul Whitehouse is a storyteller, actor, and teaching artist. As a solo performer and storyteller, he has had his one man show ½ Caf Chronicles produced by both Redmoon Theatre and Chemically Imbalanced Comedy Theatre, and has performed pieces at Strawdog Theatre, Stoop Style Stories, StoryLab Chicago, That’s All She Wrote, This Much is True, Paper Machete, and Acorn Theater in Three Oaks, Michigan. He was the 2014 Snubfest Storyteller winner this June, and his winning story was featured on the Afternoon Shift.

Christine Simokaitis‘ fiction and creative non-fiction has appeared in Calyx, Natural Bridge, Matchbook, Frigg, and many other print and on-line journals and anthologies. Her story “Avocation” was nominated for the 2014 Pushcart Prize. She teaches creative writing and composition at Northeastern Illinois University and Wright College.  She lives in Chicago with her husband and two sons and aspires to one day have her own bathroom.

Kate Harding is co-author of The Book of Jezebel and author of the forthcoming Asking for It: The Alarming Rise of Rape Culture–and What We Can Do About It. She writes a column called “All the Rage” at Dame magazine, and diverts her excess rage to Twitter, where she’s @kateharding. When she’s not angry, it’s usually because of dogs or gin. 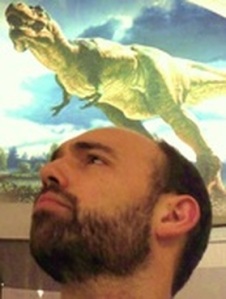 Andrew Marikis is a storyteller, actor, teaching artist and dinosaur enthusiast. As a storyteller, Andrew’s performed with Fillet of Solo, This Much is True, Here Chicago, Hump Night, Story Club North Side and Tellin’ Tales Theatre, his writing was featured on WBEZ’s Pleasure Town Podcast, and he hosts and produces Story Club South Side on the third Tuesday of every month until forever. As an actor he’s worked with Adventure Stage, Lifeline, Sheanachai, BoHo, Redtwiset, Sideshow and Chicago Dramatists among others. As a teaching artist he works with children of all ages with Emerald City and Adventure Stage Chicago. As a dinosaur enthusiast he’s dressed up as Sue the T-Rex twice. Once for  compensation.