The solstice is almost here, but don’t let the shorter days and oncoming sensation of certain doom put a damper in your summer. Come on down to The Book Cellar on Monday, June 18th at 7pm, for this lineup that will make you forget the fact that each summer day is actually another step toward the next cruel, dark winter: 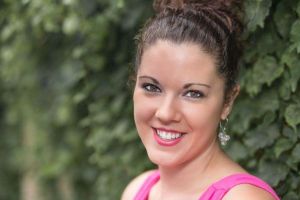 Eileen Tull is a storyteller, performance artist, poet, comedian, and one-woman-show person. She has performed throughout the country, from San Francisco to New York City, including in the SF Fringe, New Seeds Festival, United Solo, the Cincy Fringe, the Minnesota Fringe Festival, and the Dallas Solo Festival. Her work has been seen all over Chicago in theatres, bookstores, art galleries, bars and other non-traditional spaces. Eileen co-curates Sappho’s Salon at Women and Children First bookstore, a performance series for female, trans, and non-binary artists exploring gender, sexuality, and feminism. She is a drama instructor with the Chicago Park District, and her work as a creative activist was recognized by The White House in 2016.

Jeff Schultz is an essayist and ESL teacher from Lincolnwood, Illinois. He once saw Spike Lee walking down Michigan Avenue, and he once saw David Hasselhoff hanging out in Florida. This summer, Jeff’s moving to Flagstaff, Arizona to begin an MFA program in Creative Writing. He hopes to have many more celebrity sightings there.

Joy Michael Ellison is a writer, a teacher and scholar, and a grassroots, community activist. They are interested in using stories, both fictional and true, to build community, document social movements, and imagine a liberated world. Their writing has appeared in the Baltimore Review, Lunch Ticket, Slagg Glass City, Story Club Magazine, and many other places. They also create a weird, wild collection of creative work of which Joy is the only common denominator. For everything from story telling to transgender history to Harry Potter-themed activist how-to videos, follow them on Twitter at @joymellison, Facebook at If We Knew Trans History, and on their website http://jmellison.net. Joy believes that storytelling is integral to healing, transformation, resistance, and survival.

Natasha Tsoutsouris is a performer and writer. She has told stories at various events throughout the city. Natasha hates writing bios, and she asked us to write whatever we wanted about her. Normally, this would be an opportunity for us to make up a lot of things and laugh at her expense, but since she’s also a purple belt in Brazilian Jiu Jitsu, we are too afraid to make her mad.