Garfield has been hating Mondays for 39 years, but if he knew about Essay Fiesta, we’re sure he’d make an exception for third Mondays. So get out of bed, eat an entire pan of lasagna (maybe don’t do that), and head down to The Book Cellar on Monday, June 19th at 7pm for this lineup of cool cats: 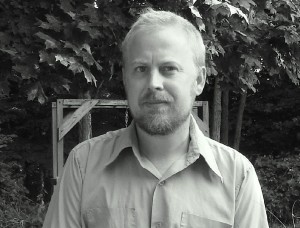 David Stuart MacLean is a PEN/American award-winning essayist. His essays and stories have appeared in Ploughshares, Guernica, Bennington Review, Quarterly West, Gulf Coast, The New York Times, the Guardian, and on the radio program This American Life. He is the author of the memoir The Answer to the Riddle Is Me, which won Best Memoir/Biography by the Society of Midland Authors and was named one of the Best Books of 2014 by Kirkus Reviews.

Jacoby Cochran is southside born and raised growing up in over 10 different Chicago neighborhoods as a kid. Luckily he has gotten to perform in dozens more over the last couple years. Jacoby’s stage presence is smooth as he journeys with the audience through his often improvised stories of life’s innocent moments turned real, blending humor, heartbreak, and the intersection that is being a black dude in America. With a Masters in Communication from Syracuse University, where he published his work on Chicago’s criminal justice history, he has worked both inside and outside the classroom with thousands of students hosting public speaking and story telling workshops across the nation. Jacoby has been featured by NPR, The Chronicle of Higher Education, and is the only Four-Time Collegiate Top Speaker in the Country. 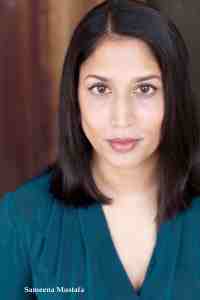 Sameena Mustafa is a stand-up comedian, actor, and writer named in the Chicago Reader’s Best of Chicago 2016 issue. She has acted in videos by The Onion and performed at the Laugh Factory, Zanies, and New York Comedy Club. A Northwestern University alum, she recently founded Hand Her the Mic, an organization dedicated to empowering women of color. In 2015, she co-founded Simmer Brown, a diverse comedy collective, praised by the Chicago Sun-Times and Redeye Chicago.

Sheri Reda is a writer, editor, and performer whose three Master’s degrees—in Modern Letters, Religions and the Arts, and Information Sciences—support her voracious appetite for creative endeavor. Sheri is also a certified Master Life-Cycle Celebrant. Her personalized weddings, memorials, and other ceremonies have been rated among the best in the United States. Her chapbook of political poems, entitled Stubborn, was recently published by Moria Press. Sheri’s stories have energized libraries and live-lit venues throughout the Chicago area, and her work as a neo-futurist has fed her soul.

Bill Horstman lived in Milwaukee, WI, from birth until about 10 years ago when he moved to Evanston. He still keeps a toehold in Wisconsin so he can continue to get discounts on cheese and beer. He studied Comparative Literature at the University of Wisconsin-Milwaukee and then worked there for 40 years as an administrator, English writing instructor, and speech writer. He’s also done some open mic stand-up and, most recently, essay reading at Story Club North Side in Chicago. He has four grown children, three grandchildren, two stepchildren, two birds, a cat, and an extraordinarily adorable dog.